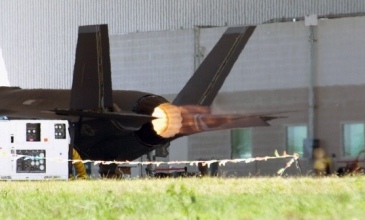 Engine modifications are in the pipeline for the F-35, the newest, stealthiest fighter in the U.S. arsenal. According to Aviation Weekly, The new Pratt and Whitney engine would allow greater range, lower fuel consumption and the power needed to carry directed energy weapons. Presumably this would mean air-to-air and air-to-ground laser weapons. While this mod … END_OF_DOCUMENT_TOKEN_TO_BE_REPLACED

I probably should have expected this, but this still caught me a bit off-balance. When you spend part of your day doing research for novels like “High Ground”, which have unusual backstories (I can’t help it) you sometimes run into strange things. … END_OF_DOCUMENT_TOKEN_TO_BE_REPLACED