“There’s not enough ships, there’s not enough islands in the Pacific that radars can answer all your sensor questions. We are going to have to go to space,” General John Hyten said. His remarks were included in an Aviation Week Network posting last Friday. Hyten, commander of U.S. Strategic Command, warned that Russia’s nuclear force is “100% modernized,” leaving the U.S. in the dust. 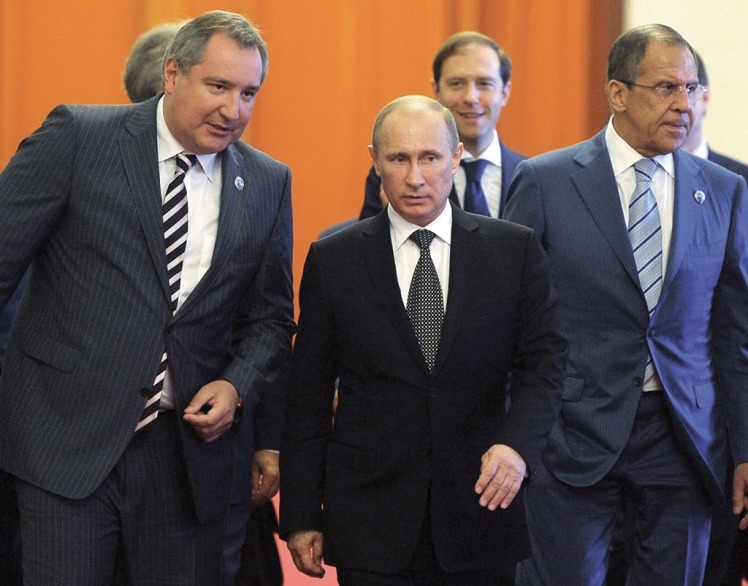 Since coming to power in 2000 Russia’s Military Modernization Under Putin has been been aggressive. While some feel the Putin claims are more saber rattling aimed at NATO than real threat, others feel the U.S. anti-satellite system spawned under the Strategic Defense Initiative under President Reagan in the early 80’s has failed to keep up with technology advances in recent years, leaving it vulnerable because it is predicated on meeting ballistic missile threats and not the more maneuverable and harder-to-detect hypersonic weapons Putin claims to now possess. Similar U.S. missiles may be four to five years away.

Whether or not Putin’s claims are real, or more posturing than reality, is almost beside the point. Consider this exchange from my novel “High Ground” released in November 2017.

“The Soviets, before they bit the big one, God bless ’em, had been experimenting with EMR for some time,” Duke explained. “Probably towards the development of true EMR energy weapons. Chemical lasers, electron rail guns, you name it. We know they were developing backscatter radar, laser and EMR pulse weapons well ahead of the West.”

“Yes. Our Air Force claims to be putting systems like that in place along our northern borders. That’s assuming we actually have a working backscatter system,” Duke continued. “You see, ordinary radar is strictly line-of-sight. Backscatter can detect aircraft or missiles over the horizon. The first country operating a backscatter system would have a certain edge in possessing an effective backup to satellite surveillance, n’est pas?”

“What do you mean, assuming we have one?’“

“Well, I’m not sure we really do. Seriously, you’ve got to know the way these people think. The last several years I’ve noticed the Air Force has taken a rather casual and open approach to the location of their Backscatter facilities in Maine. Have you noticed that?  It’s been all over the papers. Why gosh, they’ve done everything but hold an open house with sponge cake and coffee. What a wonderful bunch of guys. Yet, in other parts of New England where they’ve planned less dangerous systems, they’ve tried to shuffle them quietly past the local gentry. The radio towers planned for western Massachusetts: towers designed for military communications only during a nuclear exchange. The locals gave them a rash of shit on that one. So, why are they so open about this backscatter business here?”

“In the arena of global politics, it is sometimes quite unimportant whether or not you possess a capability, so long as everyone thinks that you do. Given our vastly superior satellite network, I’m sure backscatter hasn’t previously been all that important to us. Besides, making them think we have one buys time to develop one and enables us to fudge our way into a ‘grandfather’ clause covering that new technology under any future treaties restricting its future use.”

“If we have superior satellites, why would we need a backscatter system?”

“And why, you might ask, would this idiocy be continuing, nay even accelerating since the Soviet Union took its swan dive?”

Ruth took a large swallow of her drink. Margaret stared back blankly.

“Think. What if one side were to be quite close to developing a reliable satellite-killing capability?  Ground-based missiles, lasers, who knows what? The method doesn’t matter. Suddenly backscatter looks pretty damned important to keeping our technological edge.”

So, does it matter that one side possesses a leap forward in technology, or just that we think they do? Probably not. As Reagan held Soviet feet to the fire and bankrupted them trying to keep pace, Putin could well be playing that card himself.