Even before I could get this story to my blog, two readers reached out to me, saying that this seemed like another example of the kind of energy weapon technology which I blogged about earlier, which the Cuban government may have been using using against the U.S. embassy in Havana a year ago. Yes indeed, boys and girls, you have been paying attention.

It appears that an employee at the U.S. Embassy in Guangzhou, China, may have suffered 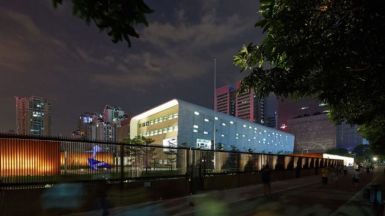 mild traumatic brain injury as the result of a possible “sonic attack.” This information was revealed in a May 23 health alert released by the embassy. U.S. Secretary of State Mike Pompeo noted the similarities between the incident and a 2016 incident in Havana.

“The medical indications are very similar,” Pompeo told the House Foreign Affairs Committee, “and entirely consistent with, the medical indications that were taking place to Americans working in Cuba.” He said the United States is “working to figure out what took place, both in Havana and now in China as well.”

Experts familiar with the use of extremely low or extremely high frequency sound as weapons (below or above frequencies the human ear can sense directly), said extremely large devices would have to be used to execute such an attack.

Other theories include the use of focussed electromagnetic weapons, which can include lasers, microwaves, or particle beams. It is also possible that these could be the result side effects from powerful energy listening devices aimed at the building and its personnel.

If you aren’t already aware, characters in my novel, “High Ground” become inadvertently affected by side effects from a powerful airborne anti-satellite laser weapon being launched from eastern Maine out over the North Atlantic ocean. Central character, Esther Brandt, is the elderly last surviving relative of a reviled 20th Century small-town robber-baron who finds herself in harm’s way of a 21st Century robber-baron’s hell-bent efforts to land a Defense Department contract.

When I began work on the novel more than 30 years ago, around the time of the advent of the Strategic Defense Initiative (SDI), dubbed “Star Wars” by the press because it coincided with the  release of the original classic sci-fi film, Esther Brandt’s plight was as “out there” as the George Lucas movie to most people. Today, the issue has become front-page news on a regular basis. 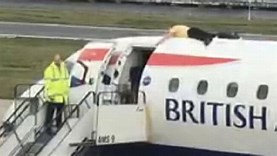